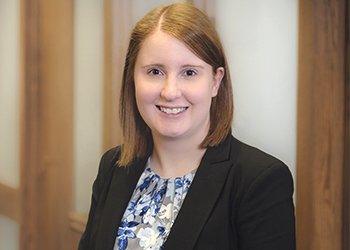 On March 11, 2021, President Biden signed into law the American Rescue Plan Act (ARPA).  The law contains various provisions that impact employers.  One of those provisions is a program requiring employers to fully subsidize COBRA coverage for eligible individuals from April 1, 2021 to September 30, 2021.

The Consolidated Omnibus Budget Reconciliation Act of 1986 (COBRA) included a provision that allows an employee who loses employer-sponsored healthcare coverage to remain covered if they elect to pay the full premium amount plus an administrative fee of up to 2 percent.  An employee, and their qualified beneficiaries (i.e., the person’s spouse and dependents), qualifies for COBRA coverage if their employment is terminated due to a qualifying event.  A qualifying event for an employee is a termination for any reason other than gross misconduct or if their hours are reduced.  A qualifying event for the employee’s spouse and dependents also includes a loss of coverage due to the death of the employee, divorce or separation from the employee, the employee becomes eligible for Medicare or the dependent loses dependent child status under the plan.

ARPA requires employers providing healthcare coverage to offer a new 100 percent subsidy for COBRA coverage premiums from April 1, 2021 to September 30, 2021 for “assistance eligible individuals,” or “AEIs.”  An AEI is any qualifying plan participant who loses, or has lost, health insurance coverage due to involuntary termination (other than gross misconduct) or a reduction in work hours and who elects continuation coverage during the April 1, 2021 to September 30, 2021 timeframe.   As with COBRA eligibility in general, an AEI will lose eligibility for COBRA subsidized coverage if they become eligible for other group health insurance coverage or Medicare.

Employer-sponsored health insurance plans that are subject to COBRA or a state continuation of coverage of coverage program, also called mini-COBRA, must offer the subsidized continuation coverage to AEIs from April 1, 2021 to September 30, 2021.  While COBRA’s requirements generally only apply to employers with 20 or more employees, Iowa’s and Illinois’ mini-COBRA laws applies to employers with fewer than 20 employees.  Thus, even small employers who are not subject to federal COBRA must offer the subsidized continuation coverage.

An employer will generally claim reimbursement for providing subsidized COBRA coverage through refundable payroll tax credits.  However, if the plan is fully-insured and the employer is not subject to federal COBRA (generally employers with less than 20 employees), then the insurance company will be entitled to the credit.

What Are the New Notice Requirements for COBRA?

Employers must provide a general election notice to AEIs who first become eligible for subsidized coverage during the six-month subsidy period. This notice must generally notify the AEIs regarding the availability of premium assistance and other specific details about the administration of the subsidized coverage.

These notices must be provided by employers within 60 days from April 1, 2021, or May 30, 2021.  The U.S. Department of Labor has been tasked with creating model notices, which have been released and are available here.

Further, an expiration of subsidy notice must be provided that alerts AEIs that the subsidized aspect of their COBRA coverage will expire on a certain date. This notice must be provided at least 15 days before the subsidy expires and no earlier than 45 days before the subsidy expires.  This notice is not required where an AEI becomes ineligible for COBRA coverage due to becoming eligible for group health insurance coverage or Medicare.

What Should an Employer Do Now?

Attorneys in the Lane & Waterman Labor & Employment Law Group are ready to advise employers on all matters related to the American Rescue Plan Act and its various provisions that impact employers.

Please reach out to your primary contact at Lane & Waterman or call (563) 324-3246 with questions regarding the American Rescue Plan Act and subsidized COBRA coverage.