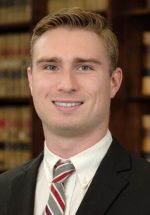 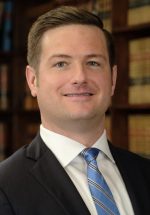 Lane & Waterman is pleased to welcome four new Associates to the firm.

Thomas Bush graduated from Drake University Law School in 2020 and graduated with a B.S. in Political Science from the University of Notre Dame. He has clerked at Brick Gentry in Des Moines and Bush, Motto, Creen, Koury & Halligan in Davenport for several years.

Jenny Juehring is a 2019 Washington University School of Law graduate with a B.A. in Political Science and Policy Economics from the University of Iowa, where she graduated with Highest Distinction. This year, she has been clerking for The Honorable Chief Judge Leonard T. Strand, for the United States District Court of the Northern District of Iowa.

Austin Lenz also graduated from Drake University Law School in 2020 with High Honors and received his B.A., Political Science from Iowa State University. Last fall, Austin externed with the honorable Judge Anuradha Vaitheswaran for the Iowa Court of Appeals. He also clerked for Lane & Waterman in the summer of 2019 and was Judicial Intern for Scott County Juvenile and Associate Court in 2018.

David Waterman spent more than four years at the U.S. Attorney’s Office for the Middle District of Florida where he served as a federal prosecutor in the Appellate and Criminal Divisions. Before joining the U.S. Attorney’s Office, David clerked for The Honorable Michael J. Melloy, U.S. Court of Appeals for the Eighth Circuit (2015 to 2016); The Honorable Mark W. Bennett (Ret.), U.S. District Court, Northern District of Iowa (2014 to 2015); and The Honorable John A. Jarvey, Chief Judge, U.S. District Court, Southern District of Iowa (2013 to 2014). David earned his J.D. from UCLA School of Law in 2013. Prior to UCLA, he earned his M.Phil. in Political Thought and Intellectual History from the University of Cambridge in 2010. He earned his B.A. in Political Science, summa cum laude and Phi Beta Kappa, from The George Washington University Honors Program in 2009, where he studied abroad for the 2007 to 2008 academic year at the University of Oxford.

These new lawyers continue the firm’s commitment to steady, smart growth to continue to serve the Quad Cities community.